How does a kangaroo win a gold medal? In the long jump! Or… in March Mammal Madness in Mrs. Schmidt’s biology class.

March Mammal Madness is an annual tournament that represents simulated battles between 65 combatants. It started in 2013 by Dr. Katie Hinde, from Arizona State University. While filling out their bracket, students learn about species' attributes including temperament, weaponry, body mass, fight style and motivation. The battles are substantiated with scientific literature and narrated by scientists all over the world.

The students pictured had the highest bracket totals (or they were the most enthusiastic during the run of the tournament) and were awarded trophies and other animal-themed prizes to highlight their win.

This is the 3rd year Mrs. Schmidt’s classes have played at OCHS and students not in Biology class continue to return to the large wall bracket and ask to participate.

No matter how students fared, they all learned something more about the amazing animals that we share this planet with! 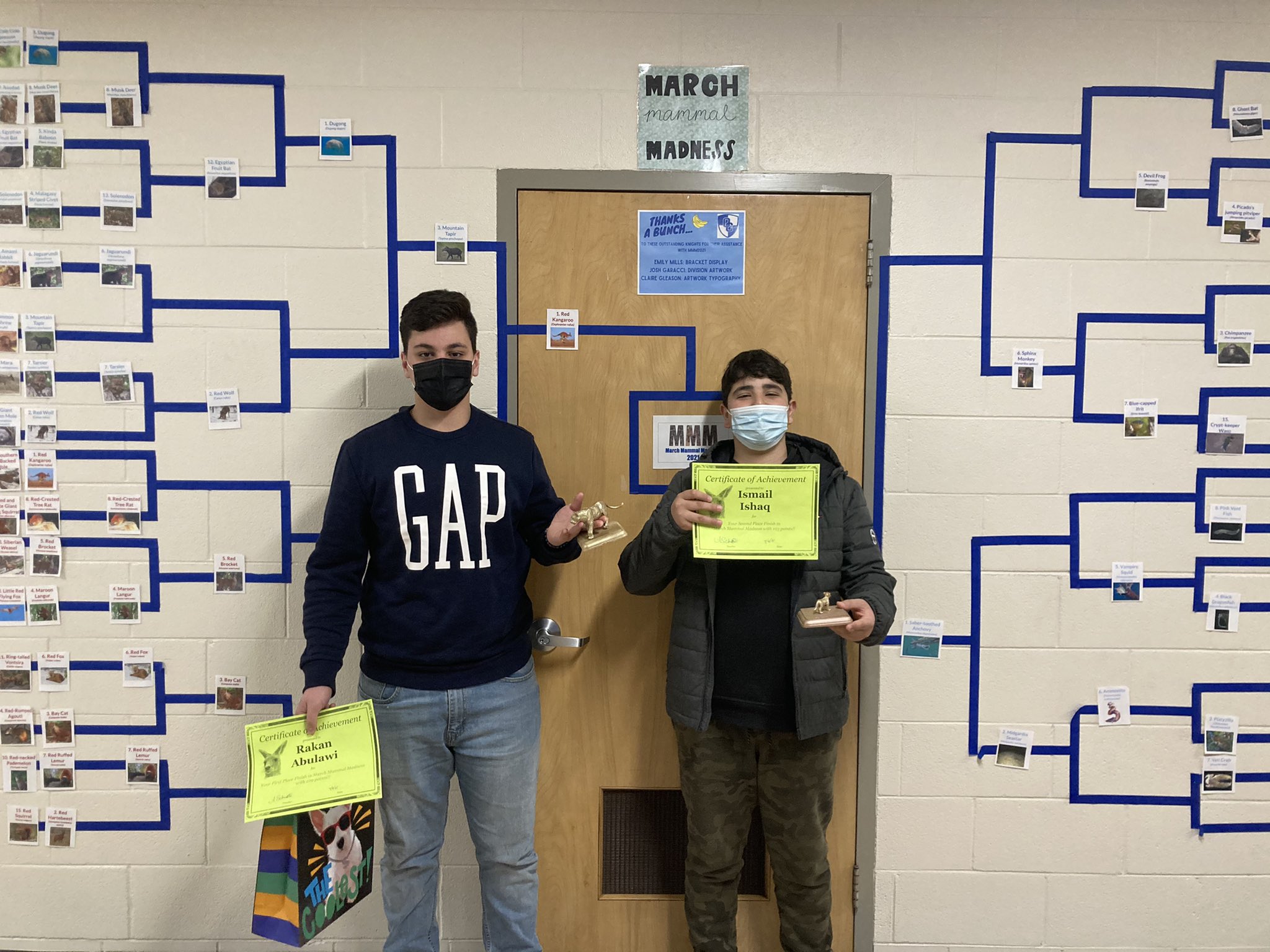